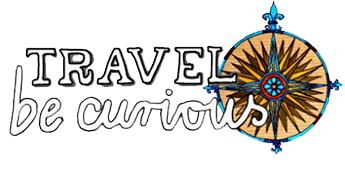 Have you ever thought about how strange dreams are? Actually, they are a complete contradiction! A dilemma! And they can be brutal when it comes to separating the dreamers from the doers. Dreams and goals have this unique ability to fill every corner of our souls with excitement and joy and make us smile uncontrollably. They are our drive, the butterflies in your stomach and our wild heartbeat. But some of them also make us feel afraid, even though we often prefer not to admit it. Because let’s be honest, the obstacles that we must overcome in order to reach our goals, can seem insurmountable.

And then we catch ourselves wondering how we managed to be so bold to dream that dream in the first place. But to replace this dream with one that seems less frightening is not so easy, because dreams are like a virus. It is difficult to get them out of your body and they are highly infectious. Those, who don’t have a good immune system, tend to dream dreams that are not their own.

Dreams, overheard among friends,  talked into by the parents, persuaded by society or copied from the media, the risk of infection is high. The problem with this type of dreams is that when they are fulfilled, they often don’t result in the expected happiness, instead we might feel empty, desperate or disappointed, without really knowing why, until one day the penny drops. Some dreams unite our dearest desire and our greatest fear. We want something so badly that we are paralyzed, because we are so afraid to fail on our journey towards it. Only thinking about failing, triggers panic and we are afraid that we won’t be able  to deal with a defeat like that.

Some people can’t be stopped by fear, they try anyway. While others, often unconsciously, try to suppress their desires. They suppress what they wish for and refuse to back down, because they firmly  belief that there will be no happy ending for them. But no matter how hard you try to convince your mind that your dreams are actually not as important as your heart wants to make you believe and that you can perfectly do without them, your heart is not so easy to fool. Just when we assume naively that our mind has won, we get careless, our resistance crumbles  and the realization hits us unprepared and hart that our heart still wants, what our mind has long dismissed as impossible.

But how do the Doers differ from Dreamers ? Why are some still waiting at the start, while others have crossed the finish line already?

Here are a few things that characterize doers:

Doers have limitless curiosity, they live according to their own rules and question everything in order to see, if it is valid for them.

They are driven by the spirit of discovery, while  dreamers often live according to predefined rules that others have set up, but they miss to questioned the validity for themselves.

Doers do not hide behind excuses, they are honst with themselves and others

They don’t want to be perfectionists

It’s ok to make mistakes, to change your mind and to allow vulnerability Their assumtions about themselves, about others or about situations have to undergo a reality check

because they don’t adjust their lives according to assumtions, of which they don’t even know, whether they are true or not.

The doers live according to the motto “The person you have been is not the person you will remain. Think of this as both a challenge and a gift”. Changes and the uncertainty that goes along with it, is part of their lives and they don’t mind, because they strive for growth. Often uncertainty isn’t a pleasant condition, but it is nevertheless no reason to shy away from a challege. For dreamers on the contrary, change can be frightening. Change takes away their sense of security and they believe that they won’t be able to deal with the uncertainty that arises from it.

They believe in their potential and do not limit themselves

Doers don’t assume in advance that they are going to fail without having tried it. They don’t try to convince themselves  that only, because they lack a certain ability, they won’t be able to get what they want. They know they can still learn it. As Henry Ford already stated: “Whether you think you can, or you think you can’t – you’re probably right“. And when in doubt, always remember: “Doubt kills more dreams than failure ever will” – Suzy Kasse in order to become free and be the person they already are deep down inside. They are aware that feeling uncomfortable while doing so is part of the deal. But the one, who expands his comfort zone constantly, will find themselves less and less often in situations that make him uncomfortable.

“Maybe the journey isn’t so much about becoming anything. Maybe it’s about un-becoming everything that isn’t really you so you can be who you were meant to be in the first place.” -Unknown

They  influence their environment unconsciously through their attitude, which results in the fact that it is actually more likely that things are going in their favor. They don’t fall for abbreviations

i.e. they are aware that the change they wish for, quite possibly, takes time and is energy consuming. But if they are patient and don’t let  setbacks get them down, they know that their effort  generally pays off.  So the doers already expect  that there are parts of the journey that can be difficult or uncomfortable, but there also know that there isn’t an alternative path to get to the place they want to go. So instead of complaining, they simply decide to prepare themselves better.

The more often a person has mastered challenges, the better prepared he is for future ones. It’s a bit like going on a hike. Novices may wear the wrong shoes, carry too heavy luggage, forget to bring enough water or they are simply not trained enough. But with time they become more and more experienced. Trails that seemed difficult at the beginning, are nothing special anymore. And some obstacles suddenly turn into a positive challenge the hiker specifically looks for to improve his skills. It’s true, often it gets worse before it gets better. The one, who wants to enjoy a good view, eventually must go uphill first. Dreamers however,  usually give up fairly quick when the desired success does not show up in a short time.

Then the dreamer starts looking for shortcuts to achieve his goal. In case there is a shortcut, it is of course the best choice, but the thing is, most of the time there isn’t a “real” shortcut. For example,  when someone has stress-related health problems, the goal is to get rid of these symptoms. The long way would be to reduce the stress, however, there is also a shortcut : take pills. But this leaves the cause of the problem completely untouched. Dreamers  are often just willing to work on themselves to a certain degree and are not as willing as doers to question their strategy or their thoughts, when they don’t seem to work. They sometimes  have problems asking for help or are not as flexible as others, when it comes to changing their plans or adjusting them to a new situation. The journey can be quite long, so you better enjoy it and make the best of it!

They do not only take the chances and opportunities along the way, they also actively create new opportunities

They believe that challenges can be fun,

even those of which one would never expect it. They encounter obstacles with a positive attitude. They allow all facets of their feelings, try not to be hard on themselves and have self-compassion

They suppress neither unpleasant nor pleasant emotions and after a setback they don’t tend to to wear themselves out with negative self-talk, in the way of “you’ll never be enough, you are so stupid for trying!!” Instead they try to treat themselves with kindness which leads to  not giving up so quickly.

They often recall their strengths and are familiar with their weaknesses,

while the dreamers Focus too much on their weaknesses.   “What we see depends Mainly on what we look for.” (John Lubbock) A lot of different things exist, but each one of us decides which part of the whole they want to focus on and with that, they create their own reality.

The doers focus on their achievements and enjoy and celebrate them, but they also don’t forgot to learn from their failures. The dreamers, however like to rub in their failures and recall them again and again. When it come to making a decision, we often resort to what is most present in our memory. So if you are focused on failures and nurture your negative feelings, it is more likely  that you do not  take a new challenge, only because your brain first recalled the failures. They can adequately handle criticism

They usually know what is about them and what says more about the critic then about themselves. They have learned to distinguish legitimate criticism of unjustified criticism and use constructive feedback to work on themselves.